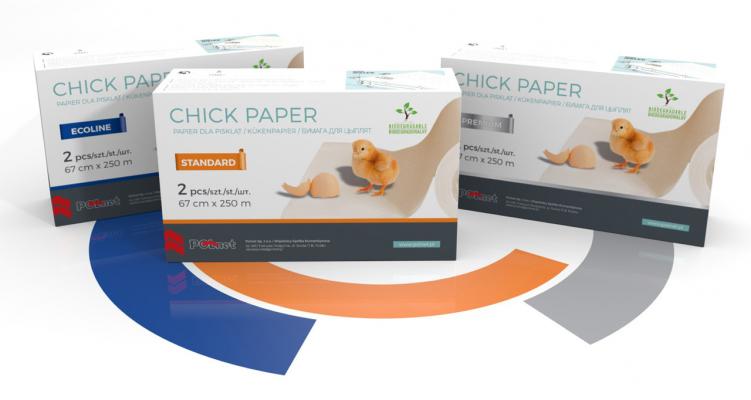 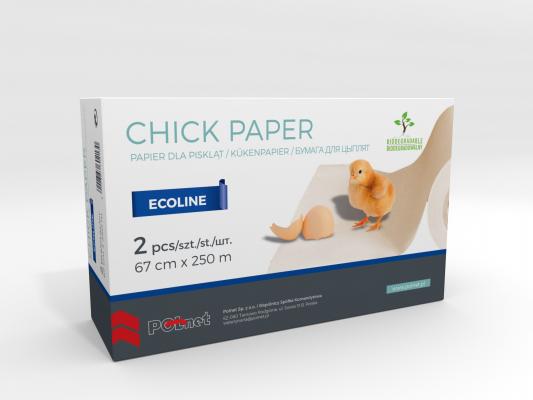 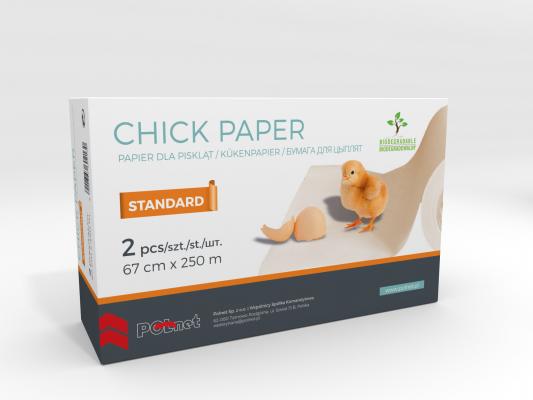 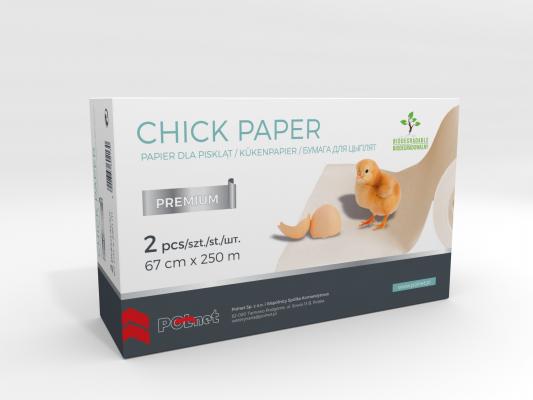 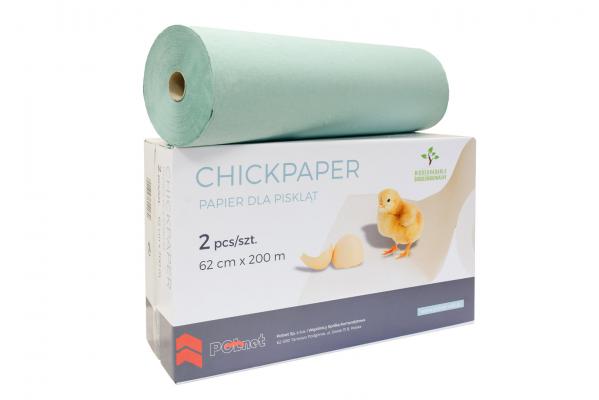 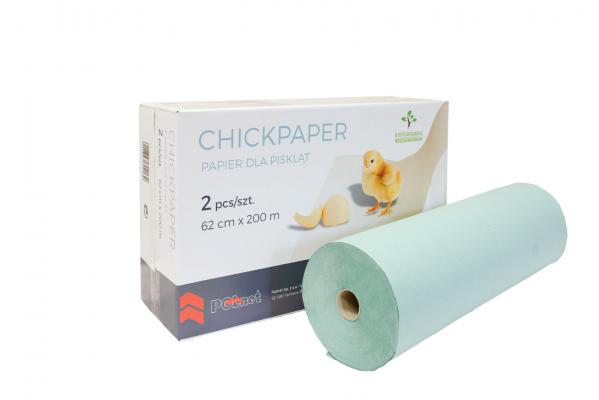 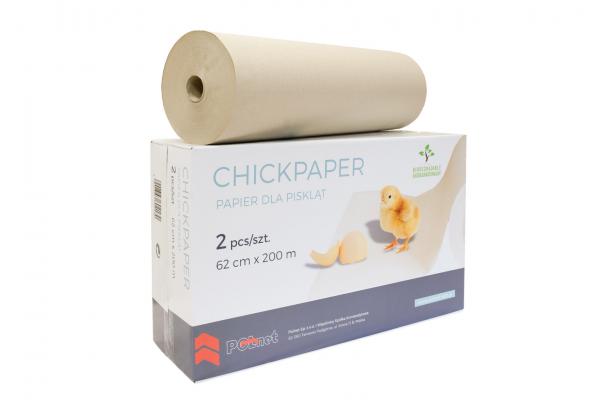 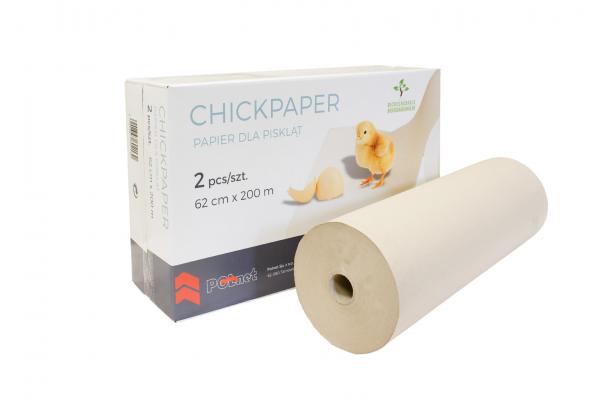 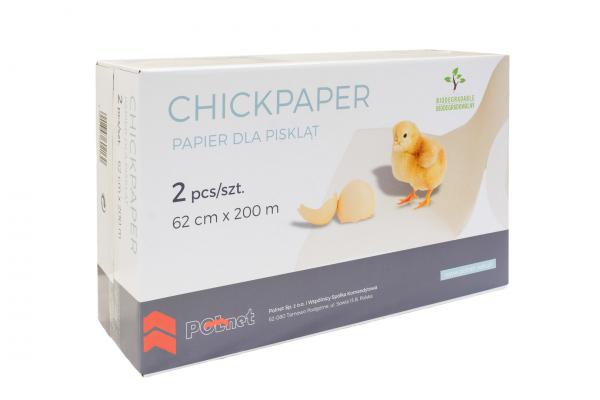 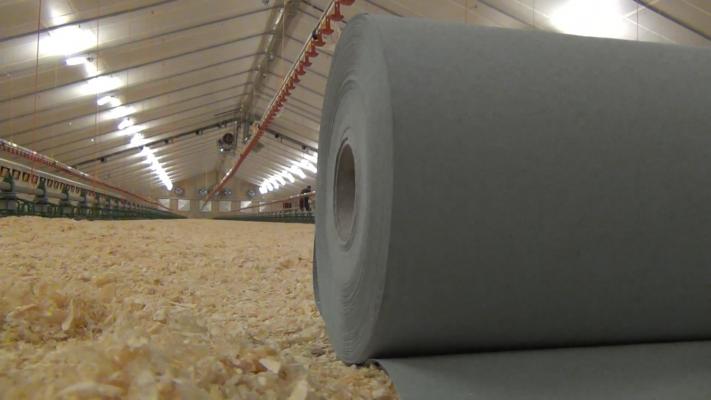 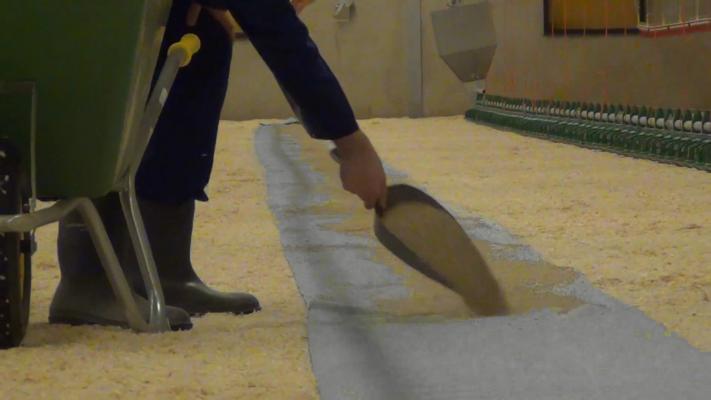 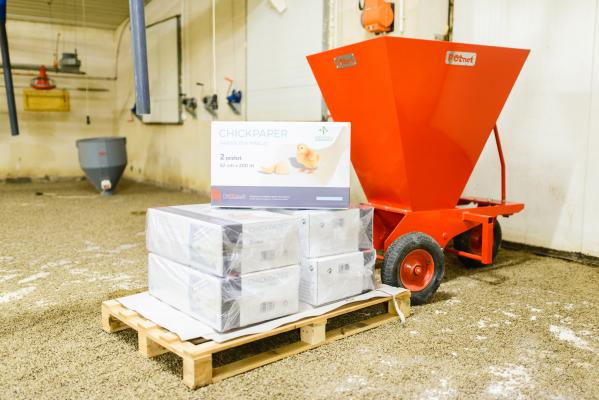 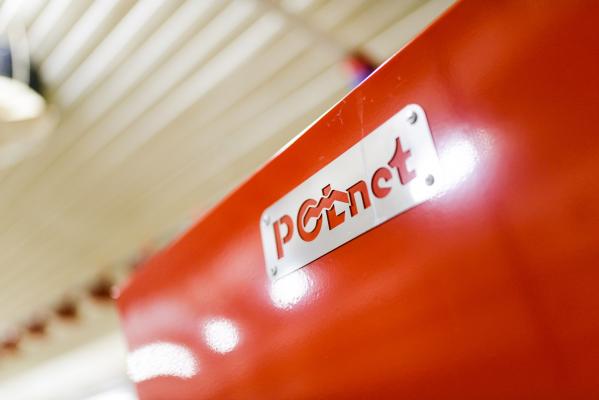 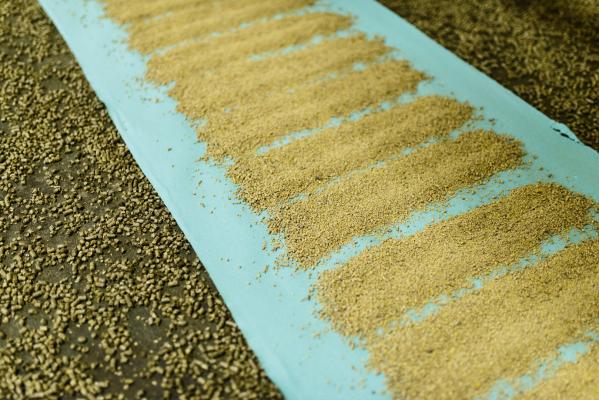 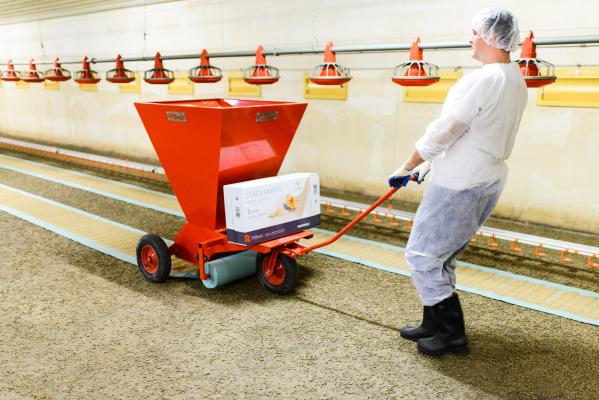 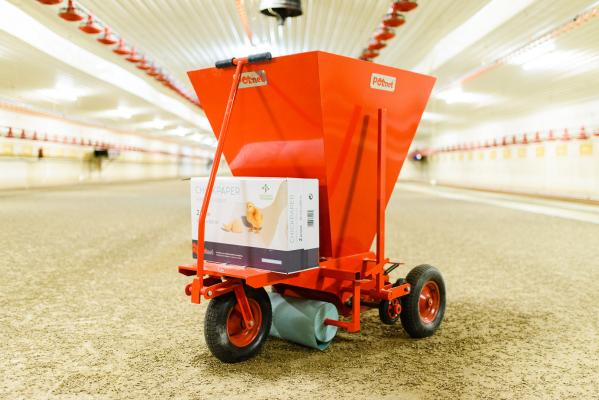 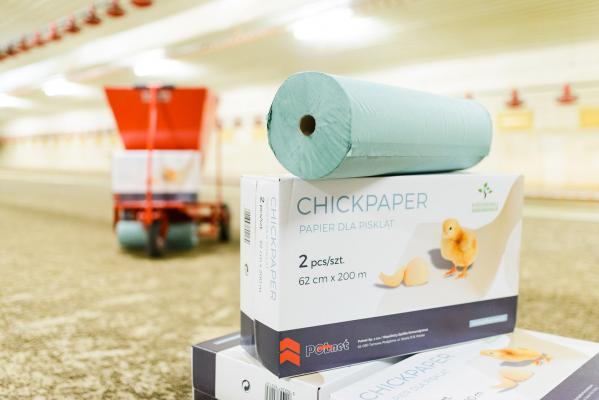 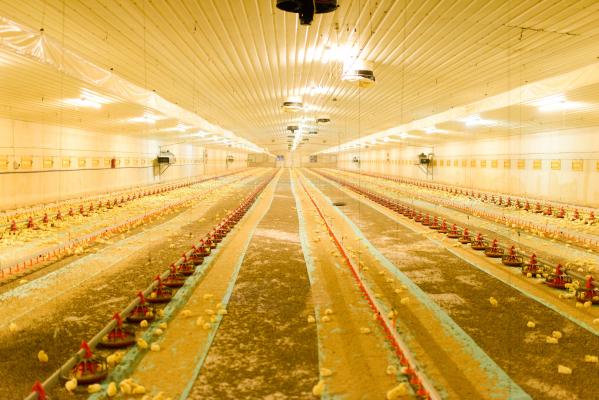 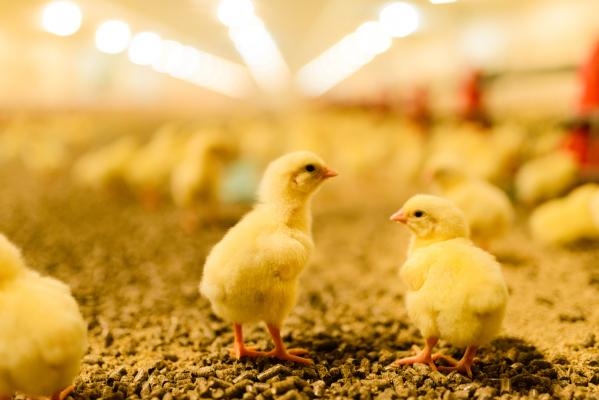 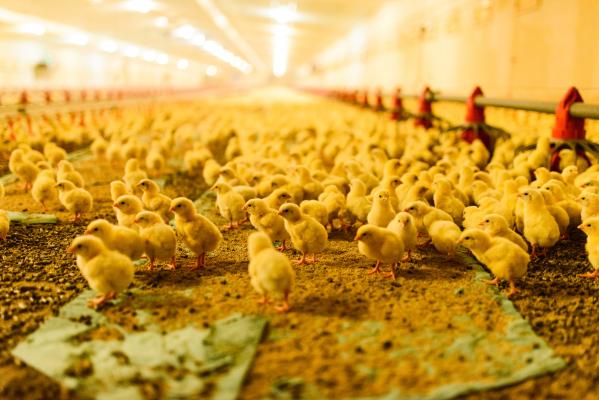 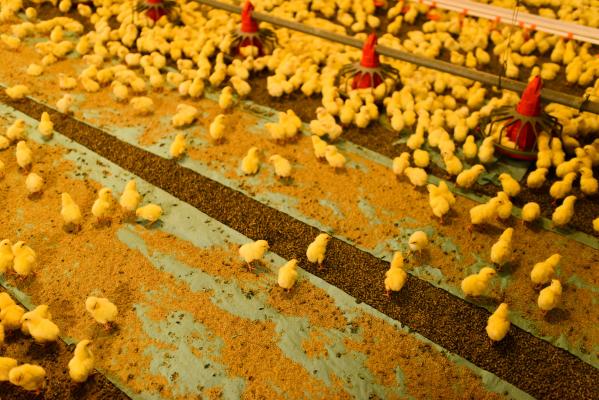 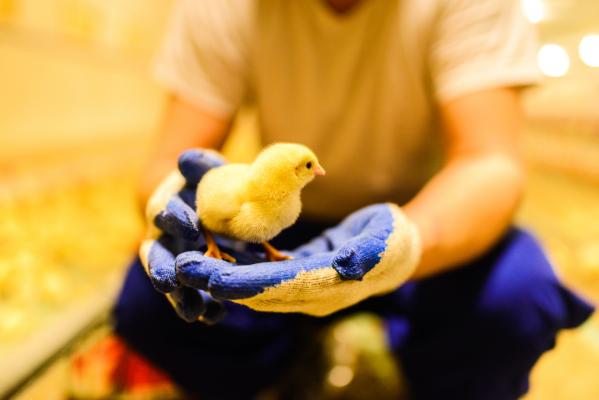 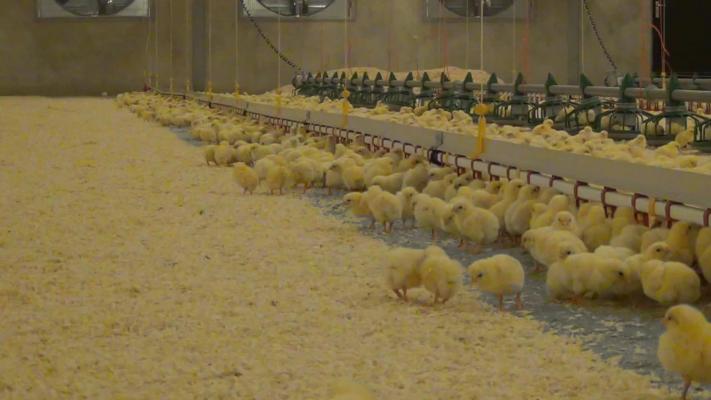 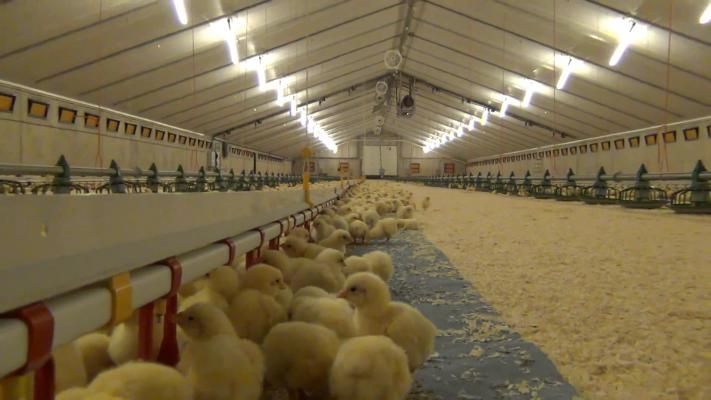 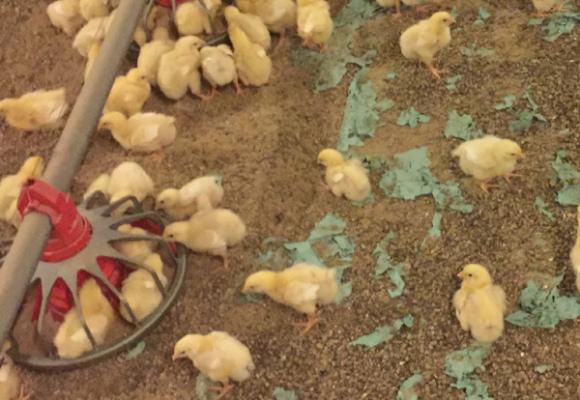 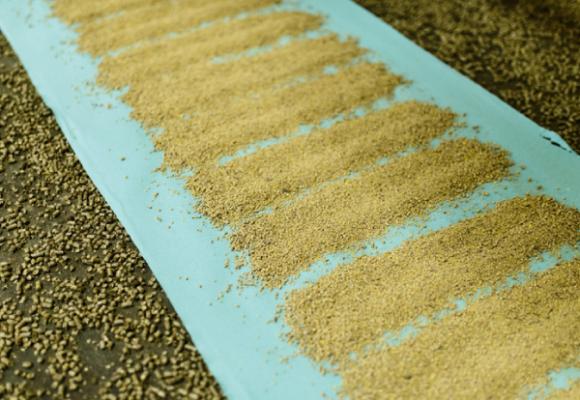 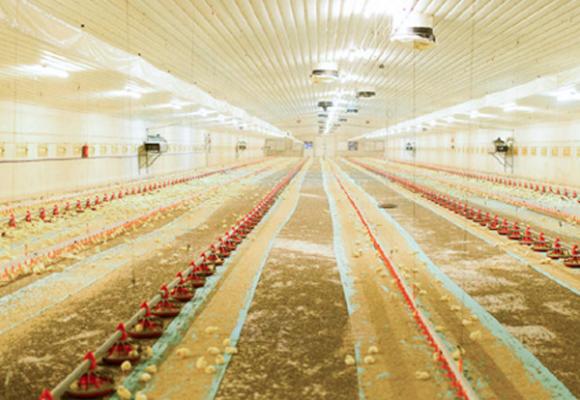 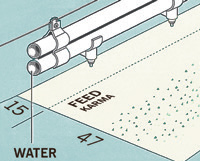 The “Columbus paper” was developed by paper specialists in collaboration with different chick breeders. It is special kind of paper, easily degradable with highly absorbing and rustling properties. Thanks to these features one day old chicks, in the breeding room, are precisely directed (by the rustling sound) towards the drinking water system.
Chickpaper,when touched by chicks, produces a rustling sound which attracts the animals. At the same time it constitutes a warm ground cover. Chickpaper is deliberately produced at width of 62 cm and comes in rolls of 200 meters. The width has its importance for the following reasons:

COMPATIBLE WITH ALL DRINKING-WATER SYSTEMS

The paper has to be unrolled under the drinking system. It can be used with drinking cups, nipples, columns, channels and minidrinkers.

Paper proves its benefits from the very first moment when the chicks are distributed on it. After approximately four hours the chicks will find themselves on the paper. Thus, their first life requirement, water supply, is met.

Chickpaper provides chicks in the breeding room with warmer ground cover, than the classic bedding of concrete with litter. Thanks to this, cases of osteoporosis or yolkremainder infections are minimized and business performance is increased.

Extensive experiments have shown that when using the chickpaper the weight of each chick, after seven days, is improved of 10g.

BETTER SPREAD OF THE ANIMALS AROUND THE BREEDING ROOM

The spread of the animals is improved by using the paper. After few hours chicks find themselves on the paper over the entire poultry house. The water intake is optimized and also weaker animals can satisfy their needs.

The feed intake is improved by scattering the feed on the paper. It is easier for chicks to pick up the feed from the paper than from the feeding tablets (which are now unnecessary). The paper’s high absorbing capacity prevents chicks form eating secretions.

Chickpaper has proven to be highly degradable so it is no longer necessary to remove the paper from the breeding room.

Chickpaper is supplied in cartoons containing two rolls of 200 meters. The rolls are wrapped in plastic foil for hygienic reasons.